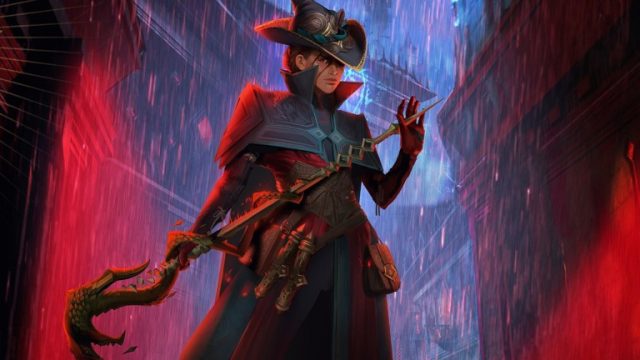 Game News Dragon Age 4 gives its news, and there is a good one and a bad one

The next Dragon Age has been desired for a long time now and yet the title announced in 2018 has still not shown any gameplay images. However, the development of the title continues its merry way as evidenced by Gary McKay, vice president of BioWare, in a recent article. However, in this communication, there is good news and bad news.

Let’s start with the good news to put us in a good mood… In an article published on the official site of BioWare, Gary McKay, the vice president of the studio, took the floor to indicate where the Dragon Age project was. And if it is far from being Gold, that is to say from being ready to be printed and available in stores, the development of the game is progressing well, very well even.

As you may know, game development involves several different stages. First, there are the design and pre-production phases, during which a team works on the creative vision of the game and begins to lay the technical groundwork, i.e. create the concept and technological plan. of the game. Iteration and flexibility are key at this stage, as game ideas and mechanics are proposed, tested, and refined. Once the project is completed, the production phase begins. Production is about implementing the plan: taking those ideas and turning them into a working game. Eventually, the team moves into the Alpha phase and then into the Beta phase, where details are tweaked and special items really come to life. For the next Dragon Age, we’re right in the middle of the production phase, which is great. Gary McKay, Vice President of BioWare

Unfortunately, this good news that shows the smooth development of Dragon Age is also followed by a new start. After Casey Hudson, the General Manager, as well as Mark Darrah, the executive producer, the game Dragon Age loses another of its thinking heads. This time it is Christian Dailey who was the executive producer. Indeed, the man who integrated the development of the game in 2018 leaves the Canadian company.

As we continue our journey, we wanted to wish Christian Dailey a heartfelt farewell from BioWare. Christian started with us in 2018 and has been a big influence on our games and our management team, most recently as an executive producer on the development of Dragon Age. The games industry is constantly changing and sometimes people want to try new things – we understand – but he will be missed as a friend and colleague. Gary McKay

However, the Dragon Age team can still count on the presence of many veterans who have already worked on the series, starting with Corrine Busche, who led the design of Dragon Age, and who is now the game director, but also by Benoit Houle, who notably worked on Dragon Age: Origins, or even by Mac Walters. The latter is the production director of the game. He has worked for BioWare for almost 18 years now and notably led the development of Mass Effect: Legendary Edition.

Any news on the next Mass Effect?

Speaking of the Mass Effect saga, Gary McKay also took advantage of this announcement to say that the next Mass Effect is indeed in development. Indeed, the game is currently managed by Mike Gamble. Besides, the technical direction of the next opus and the franchise was recently entrusted to a Frenchman, Romain Toutainthrough Arkane Studios (Dishonored) and Splash Damage (Gears of War Ultimate Edition), before becoming technical director at Square-Enix (Life is Strange, Just Cause 4) then Supermassive Games (The Dark Pictures Anthology).

Next-gen AAA games take a long time to make – and we know our fans may want them sooner rather than later. But our number one priority has to be quality, and that takes a lot of time. Gary McKay

Now, we’ll have to be patient since neither game has a release date or gameplay footage yet. For its part, Dragon Age is expected on PC, PlayStation 5 and Xbox Series X|S.