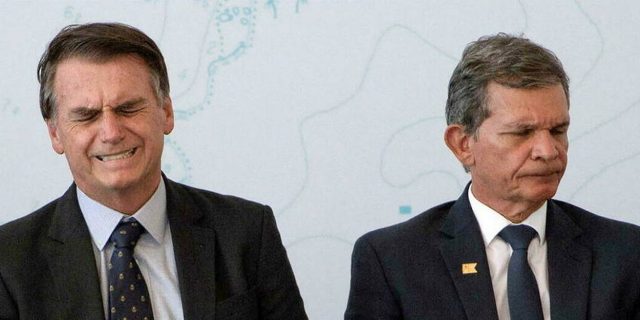 AT a few months before the presidential election in Brazil, President Jair Bolsonaro is not very happy with the increase in fuel prices, caused in large part by the war in Ukraine and the international sanctions imposed on Russia. The man who intends to stand for his own re-election has made a decision: he sacked the president of the public oil group Petrobras, Joaquim Silva e Luna, when the company was criticized for having increased sharply its fuel prices.

This dismissal, first announced by the Brazilian media, was confirmed Monday evening by the Ministry of Mines and Energy, which proposed the economist Adriano Pires, specialist in gas and oil, to replace Joaquim Silva e Luna head of Petrobras. This appointment will have to be confirmed on April 13 by the company’s board of directors, the ministry said. Joaquim Silva e Luna, a reserve general and former defense minister, was appointed in February 2021. His predecessor was also sacked by Jair Bolsonaro, also after fuel price increases.

Petrobras announced in early March an increase of 18.8% in the price of gasoline and 24.9% of diesel from its refineries, due to the disruption caused in the world oil market by the war in Ukraine and the sanctions against Russia.

Bolsonaro at war with inflation

This increase had been criticized by Jair Bolsonaro, who is trying to curb stubborn inflation seven months before the presidential election in which he intends to run, but for which the polls give him the loser for the moment against former left-wing president Luiz Inacio Lula da Silva. The far-right head of state said on March 10 that Petrobras’ policy of matching international oil prices “cannot continue”. Petrobras shares ended down 2.63% on Monday on the São Paulo Stock Exchange.

“These changes in the management of the company are not good. This is a sign that there is a problem somewhere,” commented Alex Agostini, economist at Austin Rating. “But for the market it will not change much. If it is confirmed that the new president will be Adriano Pires, an oil and gas specialist, it will bring stability,” he added. Petrobras, of which the Brazilian state is the majority shareholder, ended 2021 with record net profit of nearly $20 billion.