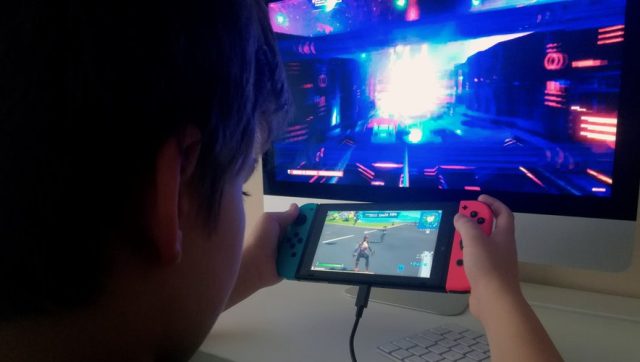 Symbolic measure or humanitarian aid, the video game industry has been mobilized since the beginning of the Russian invasion in Ukraine. Taken together, the successive fundraisers raised more than 150 million euros.

Common Front for Ukraine. This has been the position of the main video game platforms since the start of the conflict. First of these, the American company Epic Games of the famous game Fornite indicated in a press release published on Monday April 4 that it had raised 144 million dollars – or 131 million euros – during its fundraising campaign started on March 20.

This sum is the entire profit the company made from Fornite for two weeks. Epic Game has indicated that it will be distributed among several international organizations: UNICEF, the World Food Program, the United Nations High Commissioner for Refugees (UNHCR) as well as the associations Direct Relief and World Central Kitchen.

Read:  War in Ukraine: "seismic waves" on the world economy, the alarming forecasts of the IMF

But the American company is not the only one to have managed to raise funds. The newspaper Le Monde has identified several other platforms that have mobilized for Ukraine. This is for example the case of the Riot Games studio, creator of the famous League of Legends, which collected 5.4 million dollars, or 4.9 million euros. On TwitterRiot Games has indicated that it is dividing this amount between the International Committee of the Red Cross, Médecins sans Frontières and the NGO International Medical Corps.

Thanks to the sale on the internet of a batch of 120 games or software, the Humble collected 18 million euros. Finally, Japanese publishers bandai namco and Square-Enix respectively donated 848,000 dollars (772,000 euros) and 500,000 dollars (455,000 euros), while the Polish studio 11-Bits has indicated that part of the profits from its pacifist game This War of Mine will be donated to the humanitarian aid for Ukraine.

Read:  Supply of materials to the Syrian army: a Franco-Syrian indicted

While some are getting involved by raising funds, other big players in the sector have shown their support for Ukraine in other ways. Like many companies, Sony and Nintendo announced in early March the suspension of their shipments to Russia. Publishers of Pokémon Go, Call of Duty and FIFA22 games have also halted sales in the country and Belarus. The famous football game has also removed from its game all elements related directly or indirectly to Russia.