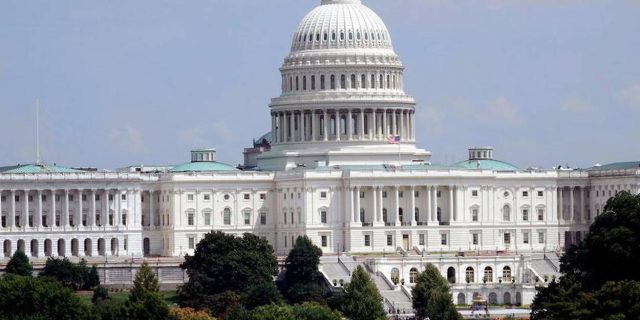 THEhe United States escaped a “shutdown” at the last minute. After long days of negotiations, the US Congress has succeeded in repelling the threat of paralysis of the country’s federal services. By 69 votes to 28, the Senate approved a finance law extending the current budget until February 18, adopted a few hours earlier in the House of Representatives.

This text was the subject of fierce negotiations in the United States Congress, a handful of elected Republicans having tried to bring about a paralysis of the federal services to protest against the vaccine obligations put in place by the Biden government. It is now up to the Democratic President to promulgate this budget before midnight Friday, in order to prevent federal state funding from being suddenly cut, forcing hundreds of thousands of workers into technical unemployment. Anxious to avoid this very unpopular situation among Americans, the Head of State and parliamentary officials, Democrats and Republicans, had urged their troops to fall into line and approve this text without delay.

Read:  Quebec: the vaccine pass extends to the purchase of alcohol and cannabis

Objective: increase the debt capacity of the United States

Congress must now tackle other burning issues on Capitol Hill without delay. This risk now removed, elected officials must thwart an equally crucial threat: they have until December 15 to raise the debt capacity of the United States in order to avoid the first sovereign default of the world’s largest economic power. Otherwise America could find itself strapped for cash and unable to meet its payments, a potentially catastrophic situation that major powers around the world are watching closely.

The United States, like almost all major economies, has lived on credit for decades when it comes to public spending. They have repeatedly raised this famous “ceiling”, but the Republicans began during the Obama presidency to make this routine legislative procedure an instrument of political pressure. This time they refuse to give the green light to a suspension of the debt limit, which, according to them, would amount to writing a blank check to Joe Biden to finance his investment projects.

Read:  The 7 lessons of the war in Ukraine