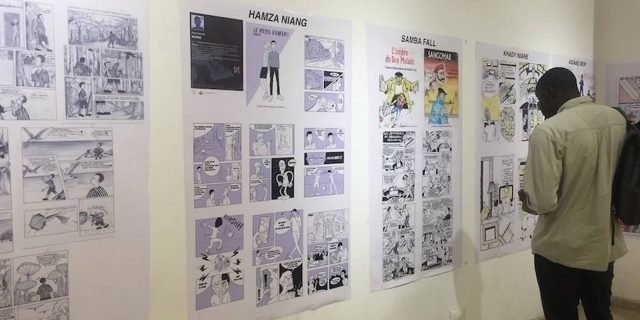 IInvited to the first comic strip festival in Guinea-Conakry in 2012, the Senegalese cartoonist and caricaturist Odia dreamed of creating a similar initiative in Senegal that would highlight the country’s artists. After ten years of brainstorming, his idea finally materialized on the 1er and last April 2, with the holding of the first edition of Bulle Dakar, an international festival of comics and press cartoons in the Senegalese capital with the support of the Belgian Embassy and the support of the Federation delegation of Wallonia-Brussels. If press cartoons, often caricatures, are frequent in the Senegalese media and appreciated by readers, local comics are still poorly developed. A situation that he…