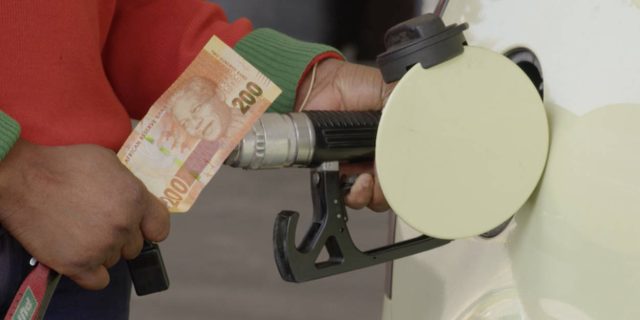 I’South Africa was beginning to slowly emerge from the painful Covid crisis. New businesses were setting up in premises left abandoned for two years and the epidemic situation raised hopes of a possible return to normal. The sudden rise in fuel prices at the beginning of March suggests that the barely awakened hopes have gone to be showered…

Petrol prices increased by 1.5 rand, pushing the price of fuel at the pump to over 21 rand per litre, or 1.30 euros. For a full tank, this amounts to an increase of more than 5 euros. In a country where public transport other than road is poorly developed, and where the price of gasoline has already increased by 30% in one year, the consequences are immediate for the inhabitants. Particularly affected, drivers and deliverers of VTC applications, such as Uber, are disillusioned.

“Gasoline prices are going up but other things are not going up, like the price of our groceries,” complains Titus, a driver for several applications. It must be said that the Covid-19 has led to a rise in record unemployment and has continued for the past two years. Today, almost 35% of South Africans are officially unemployed. Customers are therefore rarer as more people join the fleet of drivers, inevitably leading to lower prices. In fact, for those concerned, this is no longer tenable. “I have children, I have a family to feed,” continues Titus. With an annoyed look, he asks the gas station attendant to add only a few liters. “If I spend 2,500 rands in the week for gasoline (150 euros), that means that I must earn more than 150 euros that week. It’s impossible. If prices go up again next month, I’m going to have to quit. »

To protest against the too low prices of the platforms, the drivers launched on March 21 in a national strike over three days. Uber and Bolt have announced an increase in the price of races, but the drivers also point the finger at the commissions which puncture them up to 25% of their earnings.

Inflation is also fed by the rise in fuel

Otherwise, it is not only the transport sector that is affected. It is the whole economy that pays its tribute to the rise in fuel. “When transport costs go up, the price of drinks goes up, the price of food goes up, everything goes up,” explains Luthando Vilakazi, manager of a restaurant that opened three months ago in Johannesburg. “We have already had to increase certain prices on our menu to compensate for the shortfall on our ingredients, which obviously poses a problem. We are still trying to recover from the Covid, customers too. They can’t afford to pay more. »

If this situation affects individuals and small businesses, it also strongly affects large companies. This is the case of Eskom, the national energy production and distribution company. Despite its 13 thermal power stations and the profusion of coal in the country, Eskom suffers from a monumental debt (392 billion rand, or more than 24 billion euros) and struggles to maintain its infrastructure. These often break down and, when this happens, Eskom uses open-cycle turbines that run on diesel.

Read:  Pokémon Legends Arceus: how to enlarge your bag… and how much does it cost?

In the middle of March, several simultaneous breakdowns thus pushed the company to burn 9 million liters of diesel every day. At a very high price because of the war in Ukraine but also because South Africa produces very little diesel. “All of this is very expensive for Eskom, both in terms of cash flow and in terms of operating costs,” explains Chris Yelland, energy consultant. “These are emergency production reserves. They are not supposed to run permanently and for long periods of time. But because of these power shortages, they sometimes run 10 hours a day, which was never the goal. Moreover, the reservoirs for these turbines were not designed for such consumption. They are too small, so they empty very quickly. Hundreds of trucks filled with diesel have to go back and forth every day to refill them. Faced with this situation, Eskom had to organize power cuts throughout the country, the famous load sheddings (load shedding), for the first time in 2022. The problem is that cuts a week for several hours a day mean, for businesses like Luthando Vilakazi’s restaurant, the use of gasoline generators, yet another additional expense .