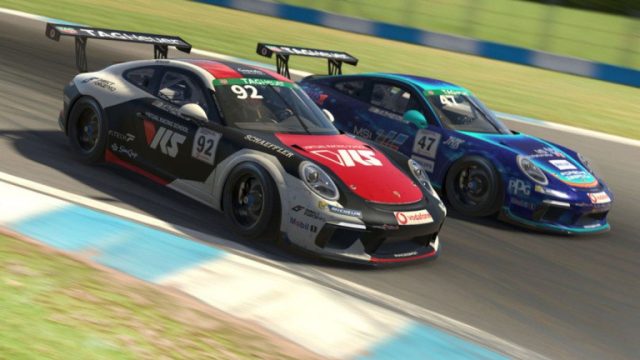 Game news Gran Turismo 7 shows off the fidelity of its circuits in a stunningly realistic comparison!

With the launch a few days ago of Horizon Forbidden West, it’s big weeks ahead for Sony and PlayStation. Moreover, the month of March should be hectic with, potentially, a PlayStation event and the resounding return of the Gran Turismo license from March 4th. Last straight line for the game from Polyphony Digital which still highlights its plastic through a new promotional video.

The Gran Turismo license has come a long way since its first installment in 1997. Nostalgic, the developers at Polyphony Digital recently threw a look in the rear view mirror to show how much the license had taken the lead (or horses, we don’t know!) In short, once again, the key word for the Japanese studio is evolution, an additional change compared to the opus Gran Turismo Sport which had taken the franchise in a direction which had not been unanimous among the players.

The trajectory has therefore been rectified, as suggested by the many presentations of the game and the communication campaign, with great blows of sublime tracks, gleaming bodywork and revolutionary artificial intelligence. With this seventh numbered episode, Sony and Polyphony Digital are playing big and strongly hope not to end up in the scrapyard. It’s simple: for Gran Turismo 7, either it passes or it breaks!

Read:  News good deal PS4, PS5, Xbox Series: up to 50% reduction on hits of the year for Christmas!

As usual, the Japanese studio likes to focus its communication on one of the strong points of the game, namely its high fidelity in terms of reproduction of vehicles and circuits. Again, the studio takes us around the owner, sending us directly to the track to follow the layout of the Willow Springs International Circuit with nine iconic corners.

Split into two distinct visions, one extracted from the game and the other drawn from a real test carried out by a pilot, the video of Gran Turismo 7 published by PlayStation confronts us with how the Polyphony Digital teams have shown real attention to detail because the similarities are simply stunning : we let you be the judge thanks to the video at the top of the article.

Besides, Gran Turismo 7 did not limit its communication around this simple comparison since it offered an additional chance to shine at the famous circuit of Willow Springs. The idea for this second video? Distribute advice to best understand the asphalt of this track, both in reality and in the virtual world. And who else than professional driver Dai Yoshihara, driving his Tesla Model 3, and content creator and license fan Steve Brown (aka Super GT) are best placed to share their experience?

Once again, Polyphony Digital proves that the great work of the teams on loyalty does not only concern the cars available: the circuits have also been the subject of particular attention and will ask you, like a professional driver, to know their specificities well in order to hope to master them with your eyes closed.