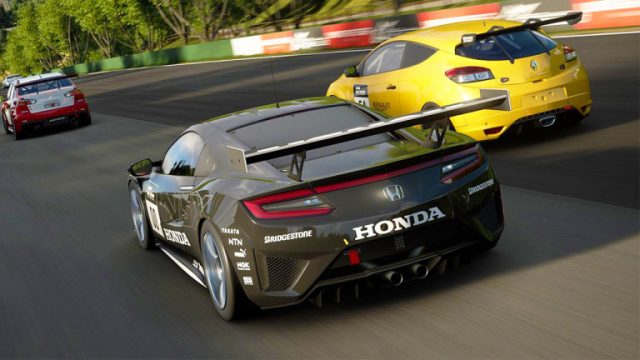 Game news Gran Turismo 7: 7 reasons to wait for it

After Horizon Forbidden West but before God of War: Ragnarök, this is another series well known to PlayStation fans which will soon celebrate its big comeback, with Gran Turismo 7. The Polyphony Digital title is taking advantage of its last weeks in the garage to receive the latest finishes on its bodywork. Weeks away from release, HelloSolar.info’s reaction looks back at the top 7 reasons to wait for Gran Turismo 7. So buckle up.

A homecoming that fans have been waiting for

Since the first episode of the license released in 1997, no less than 80 million Gran Turismos have been sold worldwide. An impressive figure which shows that the franchise has had many successes, and that its popularity is well established, especially in Europe. When fans think of the show’s best years, they tend to think of episodes released between 1997 and 2004. Kazunori Yamauchi, president and founder of Polyphony Digital and creator of the Gran Turismo license knows the attachment of the pilots to this golden age of the franchise. That’s why he imagined Gran Turismo 7 as a return to basics, an episode supposed to connect “the past with the present”. To do this, the title hosts a hub in the form of a city seen from above where the game modes are represented by buildings, in homage to the first GTs. The used car market is also celebrating its comeback, as are some iconic circuits such as Trial Mountain and High-Speed ​​Ring. First appearing in 2007’s Gran Turismo 5 Prologue, the Daytona International Speedway will also be there.

In terms of content, Gran Turismo 7 will offer at launch more than 400 vehicles to drive, on approximately 97 circuits spread over more than 30 different locations. Confirmed: the Suzuka Circuit, the Tokyo Expressway, the Tsukuba Circuit, the Trial Mountain Circuit, the Circuit de la Sarthe, the Nürburgring and the Deep Forest Raceway. The single player mode should be particularly strong with the return of everything that made the charm of the career mode of yesteryear (money management, acquisition of vehicles, etc.). Kazunori Yamauchi wants to turn every driver into a budding collector through the GT Café mode, a place where the player can learn more about his collection. Thirty quests will be available in this mode, a must to reach the end of the campaign. The world circuit mode will link more than 100 events. Among them, classic races, time trials and skidding challenges. The “Circuit Experience” will offer the possibility of getting to know a circuit better. 300 titles by 75 artists will be available in the sound library, oscillating between hip hop, electro or even jazz. The sound environment is sufficiently important for a dedicated mode arrives with the Musical Rally. These will be challenges related to the songs of the game. When the sound stops, the challenge is over.

A technique based on sensations

While Gran Turismo 7 doesn’t display particularly stunning graphics in the few videos released, it provides the essentials for a game of its kind, namely a display in 4K / 60 fps, all in HDR. Yamauchi is pleased that his work exceeds a certain level of realism, the very one that was originally sought after when the series launched in the 1990s. Although the lighting effects are designed to be realistic in-game, it is especially once the photo mode is activated that the special effects will show themselves in their best light. Indeed, this mode will trigger ray-tracing, a very popular technology currently that displays ultra-detailed reflections and shadows. Ray-tracing will also be present during replays. Finally, the software benefits from a dynamic weather forecast which should vary the climatic conditions during the races. Whether it’s the PS4 or PS5 version of the title, Polyphony Digital assures that the features will be identical. The only noticeable difference will be in the graphics quality of the game, we are promised.

Although the vagueness is still total about the possibility of a VR mode, Gran Turismo 7 should offer the most successful immersion for players with a PlayStation 5, a DualSense and an audio headset. The promise is simple: thanks to the adaptive triggers of the pad, each acceleration as well as the roughness of the asphalt will be felt through the fingers. This is what makes you want. The good news doesn’t stop there as the 3D audio rendering is designed to transport the player right into the heart of the cockpit. Learning to listen to the engine could help the driver improve his handling and get him to the finish line faster. Since we are talking about the cockpit, know that different steering wheels are compatible with the PlayStation 5 to really believe it.

An online mode inspired by that of GT Sport

Decried by some, adored by others, GT Sport was resolutely turned towards online competition. It allowed Polyphony Digital to approach the world of eSports with some success. The multiplayer modes of Gran Turismo 7 will contain those of GT Sport with some adjustments. Polyphony Digital hasn’t revealed all the details of the online game yet, but the developers claim to have “learned about championships and competitive modes” thanks to GT Sport. In the news section, we note the presence of a gathering point, which is in fact a lobby where players can meet. Finally, Gran Turismo 7 will allow crossplay between the PS4 and PS5 versions, which should ensure quite a lot of people online. Be careful though, the game requires a permanent connection, even to play the single-player campaign.

Certainly the Forza Motorsport series has put a lot of emphasis on its livery system allowing players to create and download skins for their cars. Gran Turismo 7 will also offer a customization system with a dedicated mode where you can choose the visual appearance of the different parts of your cars (spoilers, bumpers, rims, bodywork, etc.). It will of course be possible to stick a multitude of stickers. According to Polyphony Digital, Gran Turismo 7 will be extremely complete on customization elements.

Nowadays, photo modes have become very important for gamers who like to share their prettiest shots on social networks. The ability to take pretty photographs returns in Gran Turismo 7 via the “landscape” option. It will offer the possibility of immortalizing photos of its racing cars across 43 countries and more than 2,500 places., thanks to a system of shots in a static environment or in the middle of a circuit. GT Sport already had a relatively complete photo mode, and we didn’t notice any particular additions to the videos presented. We especially notice a redesigned interface with better arranged elements, larger texts, and enough to blur the background without spending too many minutes in the settings. It will of course be possible to share your photos.