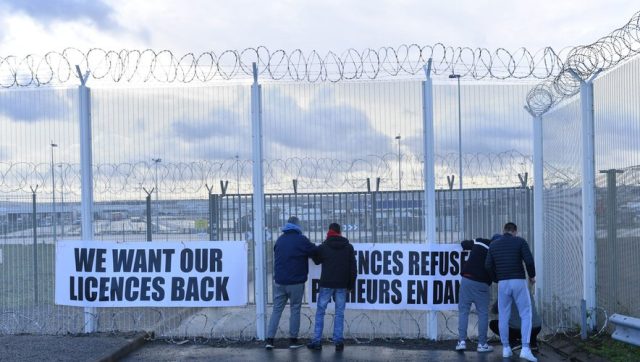 Discussions are due to end this Friday, December 10. French fishermen are asking for more licenses to operate in British waters.

The deadline for discussions between France, Great Britain and the European Commission on the dispute over fishing licenses in the Channel after Brexit had been set by the parties concerned for this Friday, December 10. What will inevitably represent, whatever happens on this deadline, a turning point in this crisis.

The Secretary of State for European Affairs, Clément Beaune, did not hide the importance of the meeting: “If there is no massive gesture by December 10, we will stop this dialogue “, he affirmed on the antenna of France Inter last week.

A crisis which had reached a new peak on November 26 when French fishermen blocked the port of Calais, temporarily preventing two ferries carrying trucks and passengers from entering, to protest, therefore, against the non-delivery by the Kingdom -United fishing licenses in UK waters. This is the umpteenth testimony to the escalation in this conflict between London and Paris, a source of regular tensions, and which has continued since the United Kingdom’s exit from the European Union.

Macron: “France will not let go of its fishermen”

Emmanuel Macron, during a trip to Hauts-de-France, had urged the European Commission to ensure the application of post-Brexit agreements on fishing, which “the British do not respect”, stressing that France would fight “to the end”, “will not let go” of its fishermen and would take the initiative if Brussels continued to act “too slowly and too softly”.

“I do not want to make it a subject of the French presidency” of the European Union, which begins on January 1, 2022, warned Emmanuel Macron. According to whom Britain is playing “on our nerves”. In the North, the President of the Republic had assured: “Before Christmas, France will have taken a position to bring them”. Before adding that it was “for the Commission to do it jointly”.

A conflict that can quickly be summed up as follows: France accuses the United Kingdom of granting too few licenses to its fishermen, so that they can access an area between six to twelve nautical miles off the British coast. , but also those of Jersey (this independent dependency of the United Kingdom did not issue the licenses requested for French fishermen under the post-Brexit agreement either) and Guernsey.

On the French side, it was thus estimated, on November 24, to have received 85% of the final fishing licenses in British waters compared to the documented requests submitted by French fishermen. While, for its part, London explains that it did not issue all the licenses requested because they were allegedly not accompanied by the necessary documents.

And while this conflict over fishing between the UK and France has been going on for months, it escalated at the end of October, even leading the governments of the two countries to threaten each other with reprisals. Moreover, this serious dispute arises when London and Paris are also clashing, and very harshly, over the management of migratory flows in the Channel.

This quarrel over migrants, in addition to the dispute over fishing, has heightened tangible (and more global) tensions since Brexit. Between London and Paris, and between Boris Johnson, who sees this as a timely counter-fire while he is involved in various controversies, and Emmanuel Macron. With, also, in support of the British Prime Minister, a rather populist tabloid press, which, across the Channel, does not spare its anti-French refrains.