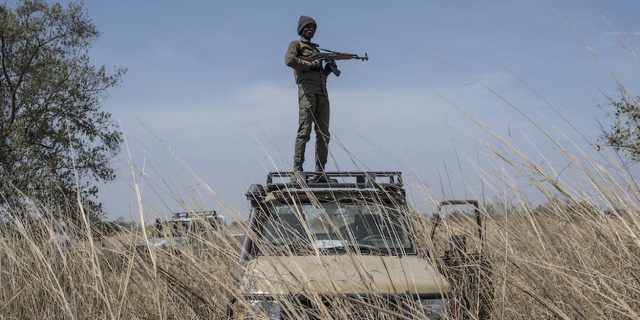 Uhe position of the Beninese army located in the Alibori department, on the border with Burkina Faso was targeted during the night of Tuesday to Wednesday and “a jihadist was shot dead by our forces”, specifies a message Colonel Fructueux Gbaguidi, Chief of Staff of the Army, addressed to the Beninese officers, of which AFP has obtained a copy. The following night from Wednesday to Thursday, a new attack this time targeted soldiers in the region of Porga, in the department of Atacora, still near the border with Burkina Faso. The heavier toll shows three dead, including two Beninese soldiers and an assailant, but also several wounded.

A rare attack in the West African country, military sources told AFP. “We lost two of our own. We also have wounded soldiers who are currently being treated, ”an army officer confirmed to AFP. In a speech broadcast on national television Thursday evening, Colonel Didier Ahouanvoedo, spokesperson for the army, referred to an attack carried out by “unidentified individuals” rather than by jihadists. “Agents of the Benin defense and security forces in a position of surveillance of the border area were attacked by unidentified individuals,” he said. He also confirmed the death of two soldiers and a second man on the “attackers” side.

Read:  Montpellier: Hélène and Nicolas help a Ukrainian family on a daily basis

The profile of the terrorists interviewed

To date, only one attack linked to a jihadist group in Benin has been made public: in May 2019, two French tourists were kidnapped by bandits in the Pendjari park, in the far north, before being sold to jihadist groups in neighboring Burkina Faso. Their guide had been murdered. In February 2020, half a dozen armed men attacked a police station in an isolated village near the border with Burkina Faso, killing one. But the authorities then spoke of an attack by “poachers”. Officially, Benin has therefore not experienced any incursion by armed groups from Burkina Faso to carry out attacks there, but these examples demonstrate how thin the line between “poachers”, “bandits” and “jihadists” is.

What a Dutch report says

According to a report published in June by the Dutch think tank Clingendael, extremist groups “are not permanently present in the north of Benin”, but “some nevertheless regularly cross the three regions” of the north – the Alibori, the Borgou and Atacora -, border with Niger, Burkina Faso and Nigeria. The three countries have for years been the scene of jihadist and community violence which has left thousands dead and displaced. The countries bordering the Gulf of Guinea, from Senegal to Benin, via Togo and Côte d’Ivoire are worried about an overflow of Sahelian violence on their territories.

Read:  War in Ukraine: the conquest of the Luhansk region is getting closer

Concerns of the Gulf of Guinea countries

Senegal recently called on China, the main economic partner of the African continent, to become more involved in the face of “insecurity in the Sahel”. Target of sporadic armed attacks for two years, the Ivory Coast advocates enhanced collaboration with its neighbors to deal with it. In mid-November, the chiefs of staff of the Economic Community of West African States (ECOWAS) pledged to strengthen their cooperation in the fight against jihadism. Dozens of “terrorists” were thus killed, “300 suspects arrested” and several jihadist bases destroyed between November 21 and 27 during a joint operation between the armies of Burkina Faso, Côte d’Ivoire and Ghana. and Togo, according to the Burkinabè Minister of Security Maxime Koné.