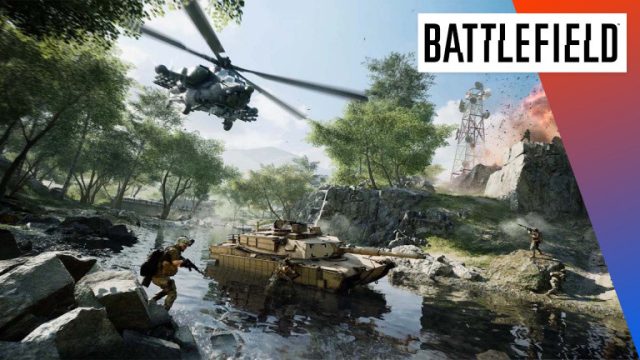 Game news Battlefield 2042: a flop as the critics suggest? The answer in numbers!

Two weeks after the release of his last opus, the Battlefield saga looks grim! For good reason, Battlefield 2042 which has chosen to focus above all on the multiplayer aspect is not up to the expectations of players. There followed an internet lynching and review-bombing like few games have seen before it. However, beyond the negative reviews, what do the sales figures say?

With this brand new opus, Electronic Arts, DICE Studios and Ripple Effect really believed that the license would enter a new dimension, and even mark a revolution in the ways of approaching multiplayer experiences in FPS. Unfortunately, this stroke of genius did not take place and, yesterday, the American publisher reacted by deciding to review its copy but also the organization of the development of the various projects around the license by applying changes internally.. The goal is therefore to reveal the full potential of the franchise, but is it doing so badly now? If the publisher has not communicated the sales figures himself, journalist and insider Tom Henderson would have managed to get his hands on a first set of estimates.

Read:  Cybersecurity: Africa is organizing the response to threats

Already several million on the clock

In recent years, the Battlefield series has tried to keep up with the frantic pace imposed by its eternal rival, Call of Duty, to stay in the race. Except that in wanting to be both too present in the video game landscape, they got their feet caught in the carpet. Nevertheless, and even if sales fell slightly for Call of Duty: Vanguard, both franchises are doing well, very well even if one relies on the estimates. delivered internally within Electronic Arts, about the latest Battlefield opus, and communicated to us today by Tom Henderson.

According to its revelations, Battlefield 2042 would have sold more than 4 million copies worldwide, 4.23 million to be exact, and this in the space of a single week.. These figures, still unofficial, should be taken with a grain of salt, but this would be a very correct launch for the franchise. Despite everything, following the wave of discontent on the side of the players, it is possible that this figure undergoes some variations following the requests for reimbursement. On this subject, Tom Henderson clarified that he did not have more information to give.

One of the best scores, just behind Battlefield 3

Indeed, since the launch of the communication campaign around the game and the first encouraging feedback on the title, Battlefield 2042 crystallized many expectations. Many were disappointed, certainly, but others found their account and seemed to be waiting for this episode on a firm footing as evidenced by these estimates.

Moreover, these sales risk encouraging all the players around the franchise to pursue their efforts since it is a question of one of the best marketing weeks for a Battlefield installment. Only Battlefield 3 managed to do better – we are talking about 4.68 million copies for the first week of marketing -, but this feat dates back to the end of October 2021, a decade earlier!

This page contains affiliate links to some products that HelloSolar  has selected for you. Each purchase you make by clicking on one of these links will not cost you more, but the e-merchant will pay us a commission.
Find out more.