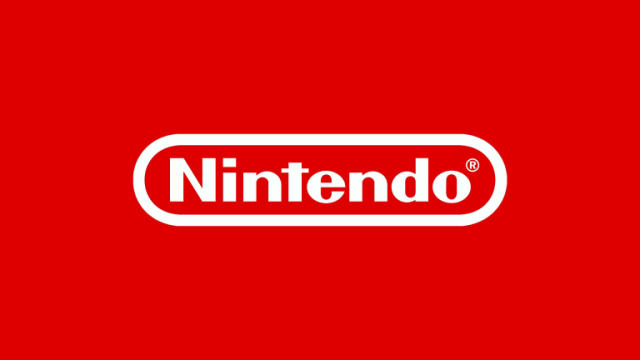 Game News Why is Nintendo not doing anything for Summer Game Fest 2022?

While the Summer Game Fest is in full swing, some major players in the video game industry are missing, like Nintendo, the only manufacturer absent from the event. As usual, the Kyoto firm prefers to do things in its corner to perfectly master its communication, and we explain why.

If 2022 is a year marked by the absence of E3, one of the biggest fairs devoted to video games in the world, this does not mean that the summer conference season does not take place. Instead of the Electronic Entertainment Expo, we are therefore entitled to an event called Summer Game Fest which occupies this vacant slot.. Beyond the show of the same name broadcast on the evening of June 9, several important players in the industry have decided to be part of this organization.

First, Microsoft announced very early that it would hold a conference to present the next games from the Xbox team and Bethesda, acquired in 2020 by the Redmond firm. For a long time, Sony left its presence in doubt, until its State of Play on June 2 moved under the Summer Game Fest banner, making it the first event of this new organization. If other players who used to hold conferences at E3 have not repeated the operation this year, like Ubisoft or Electronic Arts for example, you will also have noticed that one of the three main manufacturers in the industry is missing: Nintendo.

In the past, we used to see Nintendo hold its conferences at the same time as the other major players in the industry with its famous Tree House. MBut since 2011, things have started to change with the creation of a new format that has changed the way video game manufacturers and publishers communicate: Nintendo Direct. With this type of broadcast, no more lengthy conferences with a badly managed rhythm because of too long monologues on stage. From now on, we are entitled to pre-recorded videos of variable duration, but often rather short (at least compared to conferences of more than an hour), at a steady pace since the trailers follow one another without a presenter speaking. between each.

With the introduction of Nintendo Direct, the Kyoto firm has also upset the annual calendar of presentations in the world of video games. Previously, summer was the time for big announcements since it was during this period that the main trade shows followed, namely E3, Gamescom and the Tokyo Game Show. Moreover, it is for this reason that we then spoke of “Great Mass of E3”. But today, this era seems to be over since with the creation of Nintendo Direct, video game players are much less dependent on these major fairs and can therefore communicate at any time of the year.. As proof, over the last decade, Nintendo has got into the habit of broadcasting more than ten Nintendo Directs a year, at least if you count all the different types of presentation such as Nintendo Direct Minis, Indie World, Pokemon Presents, Super Smash Bros Direct…

Read:  "The Nintendo generation is more fragile" according to a commander of the American army

If we do this little history of Nintendo Direct, it is because it allows us to understand why Nintendo has not (yet?) announced its presence at the Summer Game Fest. With this particularly effective format, which has proven itself over the past ten years, the Kyoto firm allows itself the opportunity to communicate whenever it wishes. If it does not shun the major events in the world of video games either, we often notice that Nintendo tends to make its announcements after the others, to the point that its shows conclude most of the summer fairs. However, fair or not, we observe that Nintendo still has the habit of broadcasting a Nintendo Direct during the summer, which gives hope to many fans of the manufacturer. In the current situation, one could therefore imagine that a Nintendo Direct is presented in the days following the Xbox-Bethesda conference.

On the other hand, we should not be surprised either that Nintendo has not given an appointment for its next communication. If you are used to following video game news, you have surely noticed that the manufacturer tends to announce its Nintendo Direct a few days before their broadcasts and not weeks in advance. If we do not know the official reason behind this decision, we can imagine that it is a desire to create surprise or to prevent any potential leaks, things at which the Kyoto firm excels.

Waiting, rumors are rife on social media to guess the air date of the next Nintendo Direct. If some do not get too wet by simply saying that it is “imminent”, others do not hesitate to bet on Wednesday June 15 at 3 p.m. As usual, it is difficult to take this information really seriously, as it is not based on any tangible source and is therefore purely speculative. However, as we said before, it’s highly likely that Nintendo will air a Direct soon, and there are a number of reasons for this.

First of all, the summer promises to be particularly busy on the Switch side. While the season kicked off with the release of Mario Strikers: Battle League Football last Friday, things won’t end there with the launch of Fire Emblem Warriors: Three Hopes on June 24, followed by Xenoblade Chronicles 3 on July 29 and finally, it is Splatoon 3 which comes to close this period with a release for the start of the school year, on September 9th. With four large cartridges like these, a small Nintendo Direct to remind the general public of the upcoming arrival of these titles would not be refused..

Beyond the summer there are still a number of games planned for this year of which we do not know much and which are slow to show up. In this case, we very clearly think of Bayonetta 3 which, after its discreet announcement in 2018, was no longer talked about before a Nintendo Direct in September 2021 which finally showed gameplay. But since then, no more news. We can make a fairly similar observation on the side of Mario + The Rabbids Sparks of Hope, which has been relatively discreet since its announcement during Ubisoft Forward in 2021. Finally, we also have the more complicated case of Advance Wars 1+2 Re-Boot Camp. After being pushed back from late 2021 to spring 2022, the title has seen its release postponed to a later date.due to international news“, obviously referring to what is currently happening in Ukraine.

In any case, stay connected on HelloSolar.info to follow all the news of the Summer Game Fest and not to miss the next Nintendo Direct announcements!

About the Summer Game Fest

What is Summer Game Fest?

No E3 this year, but we can still count on another world-class event: the Summer Game Fest, a big show dedicated to announcements of video games to come this year or the following years. It was in 2020 that journalist and host Geoff Keighley launched this now unmissable festival for the first time. Last year, the show featured stunning images from Elden Ring; so inevitably, the third iteration raises high expectations.

When does Summer Game Fest 2022 start?

The Summer Game Fest is this Thursday, June 9 at 8 p.m. The show will once again be followed by a Day of the Devs session devoted to the independent scene.

On HelloSolar.info, we will react live to announcements from the LeStream channel alongside Maxildan and Aymeric Lallée in particular. The show will also be directly visible as a teaser on HelloSolar.info’s homepage. And for those who prefer reading, you will of course find our news throughout the conference. A written summary will also be available

What is the program for Summer Game Fest 2022?

Among the games not to miss, there is in particular the heir to Dead Space, The Callisto Protocol, which shows us its first gameplay images. For its part Call of Duty: Modern Warfare 2 presents us with its first level. Also on the program: Gotham Knights, Cuphead: The Delicious Last Course, the first game from Aaryn Flynn’s studio (ex-Bioware) Nightingale, the JRPG One Piece Odyssey, the free-to-play Warframe or even Planet of Lana. Geoff Keighley further announced: “We have a few new game announcements for this show and hopefully a few surprises if all holds together. But it’s definitely a show that mostly focuses on things that are foretold.”