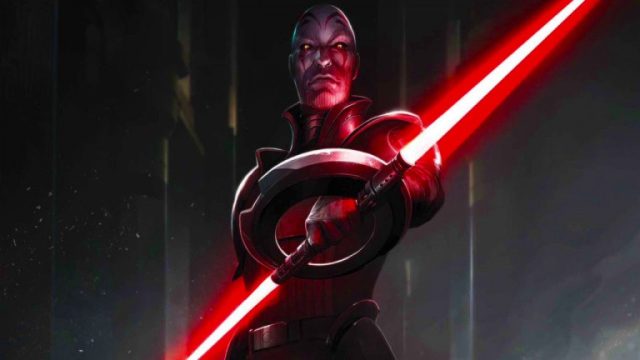 New adepts of the dark side of the Force have appeared in the Obi-Wan Kenobi: Inquisitors series. If we have already been able to see them in action in animated series, novels, comics and video games stamped “Star Wars”, they made their debut in live action on Friday, May 27, 2022.

Inquisitors are users of the dark side of the Force. In the service of Emperor Palpatine, their goal is to hunt down Jedi who survived Order 66. The Inquisitorius, the order of Inquisitors, was created by Palpatine, aka Darth Sidious, from Jedi survivors of the Purge. Tortured, the latter end up sinking to the dark side and then offer him their loyalty. They then lose their identity in favor of a simple number. They are designated by the terms Brother or Sister, with the exception of their leader, the Grand Inquisitor.

If we do not know their exact number, we know that there are at least ten. Palpatine respecting the Rule of Two, according to which there can only be two Sith (one master and one apprentice), Inquisitors are not considered Sith. In addition to tracking down Jedi, they are also tasked with eliminating all threats, starting with political dissidents, and searching for Force-sensitive children in order to abduct them. The very first appearance of the Inquisitors was in the Star Wars Rebels animated series.

Read:  Good deal news This Lenovo Legion gaming screen is at a knockdown price during the sales!

The Inquisitors known to date

the Grand Inquisitor is originally a Jedi Temple guard. We saw him hunt down the Jedi Kanan Jarrus and Ezra Bridger in the first season of Star Wars Rebels, the events of which take place five years before the film Star Wars: Episode IV – A New Hope. He is also the very first Inquisitor we have discovered. More recently, he was found in the Live Action Obi-Wan Kenobi series as actor Rupert Friend.

The Second Sister is the main antagonist of Star Wars Jedi: Fallen Order. Helped by the Ninth Sister, a former Jedi by the name of Masana Tide, she pursues Cal Kestis and his companions. At the end of the game, we discover that her name is actually Trilla Suduri and that she was the padawan of Cere Junda, the former Jedi master who accompanies Cal. During the Purge, Cere was captured and coerced by the Empire into revealing her apprentice’s whereabouts. The latter was tortured in turn and, feeling betrayed by her own master, finally switched to the dark side… thus becoming the Second Sister.

Read:  The 2022 sales are exceptional: the best promotions for Friday January 28 are here!

The Third Sister, also named Inquisitor Reva, is in pursuit of Obi-Wan Kenobi in the series of the same name. Her origins have yet to be confirmed, but she may actually be one of the Padawans seen in the purge-ridden Jedi Temple early in the series. His shift to the dark side would therefore have been very young. She seems particularly obsessed with tracking down the famous Jedi master. Is it in the hope of a promotion within the Inquisition or does it hide a much more personal reason? It is still too early to know.

the Fifth Brother is also present in the Obi-Wan Kenobi series. He first appeared in the second season of Star Wars Rebels during which he in turn hunts down Kanan Jarrus, Ezra Bridger and the rest of the crew of the Ghost ship following the Grand Inquisitor’s disappearance. He is then accompanied by the Seventh Sister. At the end of the season, the Eighth Brother also makes a brief appearance. We could see another Inquisitor in the Obi-Wan Kenobi series, it is probably the Fourth Sister, which has never appeared on screen before… either in Live Action or in animation. Finally, two other Inquisitors are mentioned in the comics: the Sixth Brother and the Tenth Brother.