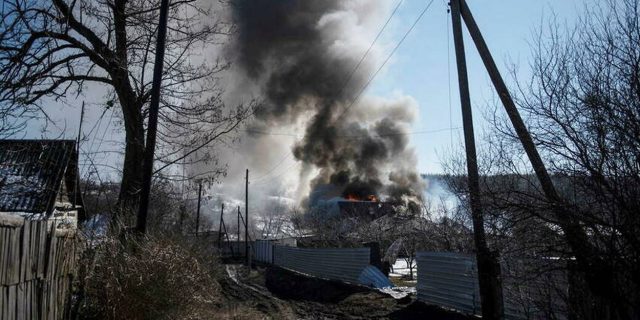 ATAt least four people died, including two children, and six others were injured in Russian strikes on the town of Rubizhne, near Lugansk, in eastern Ukraine, said the governor of the region, Sergei Gaïdaï , Thursday, March 24.

The governor added that the toll could turn out to be much higher, accusing the Russians of using phosphorus bombs. Other officials in this region have accused the Russians of using such bombs in recent days, accusations that cannot immediately be verified. “The Russians are dying, they can’t move forward, that’s why they have started to use heavy weapons”, lamented Governor Serguiï Gaïdaï. Russian strikes also hit Lyssychansk and Novodrujesk, two towns 80 km northwest of Lugansk.