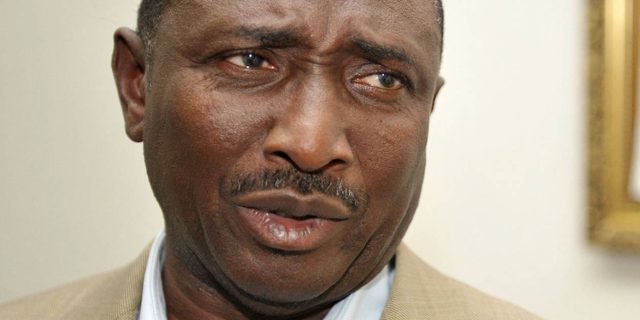 En Guinea, the president of the transition, Colonel Mamady Doumbouya, in power since September 5, kicked off the national conference on Tuesday March 22, i.e. a six-week conference, which he presented as a “historic” opportunity to heal the wounds of a country marked by decades of often brutal history. An approach far from unanimous. In Conakry, many voices were raised to express their skepticism in the face of these meetings, with their vague content and objectives. The contrast is striking: after the initially favorable reception given to the putschists, discontent is growing within the political class and civil society against an exercise deemed authoritarian and solitary. The climate has become tense to the point that a group of 58 political parties published a public statement in which they directly challenge the current leaders. In terms of grievances, the political parties deplore that “inclusiveness and justice, which were at the heart of the CNRD’s profession of faith when it took power, no longer seem to be the compass of its public action”. Sidya Touré, president of the Union of Republican Forces (UFR), the third political force in the country, is not bending over it, the transition is derailing and the authorities are doing everything possible to delay the return to constitutional order. To the point of resuming the demonstrations?

Passing through Paris, the former Prime Minister (1996-1999) of Lansana Conté, who no longer hides his impatience, answered questions from the Africa Point on the issues that dominate the news in his country.

The Africa Point:Six months after the coup, where is Guinea heading?

Sidya Toure: This is the whole meaning of the text that we co-signed with at least fifty other political parties and addressed to the junta in power. We don’t know where our country is going. We are not associated with any process, and no one consults us on anything. We have no answers to our questions, which essentially relate to the elements that can put an end to the transition and allow a return to democratic constitutional order.

Worse still, the installation of the National Rally Committee for Development (CNRD), which should include a total of thirty members, is on hold. To date, only three or four names are known, we do not know where the applications are. Who are the other members? We have not been informed of anything, and even with regard to the charter of the transition. The objective of the military is to keep us away from the transition, in any case, that’s how it is perceived.

The whole country is bogged down, because these questions, the political actors are not the only ones to ask themselves them, the populations are also asking them, they are in the process of becoming completely disillusioned.

As a Democrat, don’t you feel guilty for having applauded a little too quickly when the military came to power?

Absolutely not. The transition that began on September 5 has generated real enthusiasm. And political parties and populations. After having suffered almost eleven years of a dictatorship that I would describe as predatory, for having brought us back twenty years in economic and development terms, the hope of turning the page of the Condé years has guided us all.

We were tired of this regime which was illustrated by its mediocrity, its malevolence, but above all the incapacity of Alpha Condé in the face of the development challenges facing the country. During all his mandates, he did not build a single university, nor a hospital, much less social housing. I can assure you that not even 100 kilometers of road have been built.

When the young soldiers take power, we applaud thinking that finally there will be change for our country, but six months later I am not saying that we are disillusioned, but we do not see any more clearly and that is a real problem.

What do you need to do to make the transition successful?

There needs to be consultation throughout the process. Create a framework for dialogue to bring together all the vital forces of the nation, political parties and civil society to give their points of view. So we think that, on this basis, with the support of an ECOWAS mediator and the country’s partners, we can achieve credible elections. We have already had the experience of this work of dialogue under Dadis Camara.

Doesn’t Guinea have other more urgent problems to solve than the preparation of the elections?

Of course Guinea has many more pressing problems, but it also amazes me when we pretend that the Alpha Condé regime is democratic. We were not in the context of a democratic regime resulting from credible elections. The last elections were the culmination of a tampering with the Constitution. Alpha Condé was serving his third term when he was overthrown. His election was therefore not the result of democratic elections. So, it seems to me quite normal that the transition should make the next elections a priority.

Concretely, Guinea has not had regular elections since 2010. Alpha Condé was beaten at the ballot box by myself in the first round, then by Cellou Dalein Diallo in the second. He came to power thanks to pressure from his friends in the Socialist International. They are the ones who took away my votes and placed Alpha Condé by rigging the figures on the number of voters. Everyone knew that the elections were rigged, it took three years before holding a semblance of legislative elections.

In 2015, bis repetita, this time Alpha Condé was in power, he had free rein to put the number of voters he wanted in the areas he wanted.

Even more dangerous, this regime has decided to place the management of the country under the sign of financial mismanagement. For example, we went from producing 20 million tons of bauxite to 82 million, but the International Monetary Fund calculated in 2020 that our country lost $762 million in revenue. In the telephone sector, we have lost nearly 10 billion dollars, but we know that this money is in the hands of Alpha Condé and his entourage.

We must not forget that it is a post-communist country, which has not yet come out of it. Add to that years of government neglect in all sectors. Corruption has become endemic, we have real problems to solve.

When the soldiers arrived, we thought we could start again on new bases. It was quite possible. We see it in Burkina Faso, which has organized itself so that all actors participate in the transition. In Guinea, we are not in this context or in this framework.

Read:  Uncharted the film: Tom Holland does acrobatics in a spectacular second trailer!

The military seem to be wary of you, the opposition, isn’t that one of the symptoms that has, in recent decades, locked Guinea in the cycle of instability and poverty. How do you explain it?

The military are wary of us, because as political actors we can mobilize voters. They shouldn’t, because the debate is elsewhere. Currently, our activists and more broadly the populations are worried that the military is more concerned with getting us out of the political game than dealing with those who have destroyed this country in recent years. We have the impression that the military has turned against the opposition. They think the old people have to leave, but that’s not the job of a transition. It will be difficult for them to hold an election today in Guinea without the political parties.

To the point of mobilizing your activists again in the street?

It’s not just about our activists. The whole population is shocked by seeing the soldiers appear with people from a regime they allegedly fought. There should be no turning back.

How can we guarantee that these new mobilizations will not be violently repressed? Have you thought about how the Guinean state could improve its conception of policing? There have been dozens of deaths in recent protests…

Our demonstrations were completely peaceful, violence is not inherent in our marches. What happened was that during the day we normally demonstrated peacefully, then in the evening, the gendarmes came back to provoke the young people. We understood that we were dealing with a socialist-communist president, who created this climate of violence to create fear.

Isn’t the establishment of the court for the repression of economic offences, set up by the authorities, an encouraging sign of a handling of justice issues?

We applauded the creation of the fraud repression court but today we see that it is not moving either. In my opinion, if the authorities want to draw inspiration from a model to restore order, do justice, advance investigations, there is the example of Burkina Faso. They are in the process of getting organized to find a consensus around all these subjects with political leaders, civil societies and young people. But with us none of that. On the contrary, we can clearly see in which direction the investigations are going, it is the political leaders who are targeted.

You often cite Burkina Faso as an example. But the country experienced a transition welcomed by all in 2015 before experiencing a new coup shortly after Guinea…

I agree, but the causes are different. Burkina Faso has experienced a serious governance problem, as has Mali. I assume that if the voters elect a competent and hardworking leader, there is no risk that these problems will not be solved.

Concretely, what are your margins of maneuver today, is there an institution, an organization, a personality of authority who can convince everyone to sit around the same table and discuss?

I don’t see any. But we, our message is simple, we say, that we should at least establish a framework for discussions with political parties, civil society, the military, the CNRD when it is complete. Once we have done this, we will already see more clearly about the process, its duration, its framework, its organs. The transition is only used for one thing: to go to the elections, the whole point is to prepare them as well as possible.