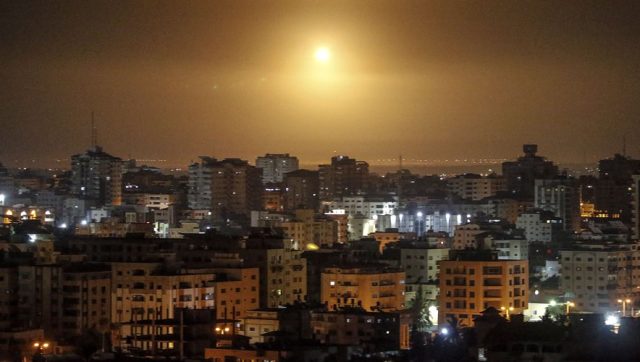 Germany is considering setting up an anti-missile shield to protect the country from a possible Russian attack. The Arrow-3 system, developed by the United States and Israel, could be deployed in the coming years, according to the German daily Bild.

The German soldiers start from an observation: in the event of a Russian offensive, a missile fired from Kaliningrad, a city in southeastern Russia, would take only five minutes to hit Berlin in Germany. This is why the country’s government is considering implementing an air defense system, a shield capable of protecting the entire territory, reports the daily Bild.

Indeed, in the event of an attack by Russia, Germany would find itself in the heart of an area targeted by all Russian missiles. Olaf Scholz, the German Chancellor and the local Executive could deploy a missile destruction system, like the Iron Dome present in Israel.

The objective: to “protect against the Russian threat”

“We need to protect ourselves better against the Russian threat. For that, we need a Germany-wide missile shield quickly,” said Andreas Schwarz, rapporteur for Germany’s Defense Budget Committee.

According to information from the German newspaper, Eberhard Zorn, the Chief of Staff of the Bundeswehr, the German army, would have mentioned this possibility during a meeting with the Chancellor. This system would be an integral part of the 100 billion euros announced for investment in the army.

Missile shield: how does it work?

It is the Arrow-3 device, present in Israel and developed by Israel and the United States, which could have been retained as a shield system above German soil. If this were the case, radars would be installed in three different localities in the country, their mission would be to detect the arrival of a missile in the German sky.

Read:  Ukraine: the president at war with the oligarch "maker of kings"

If a missile was detected, the system would notify the command center in Uedem, and a hypersonic anti-ballistic missile (the Arrow 3) would be launched in the direction of the enemy missile. It would then be destroyed.

According to information from our colleagues, such a device could cost more than 2 billion euros and could be operational as early as 2025. The radars could even be used to cover countries close to Germany, namely Poland, Romania or again the Baltic countries. The latter would then only have to buy the anti-ballistic missiles.