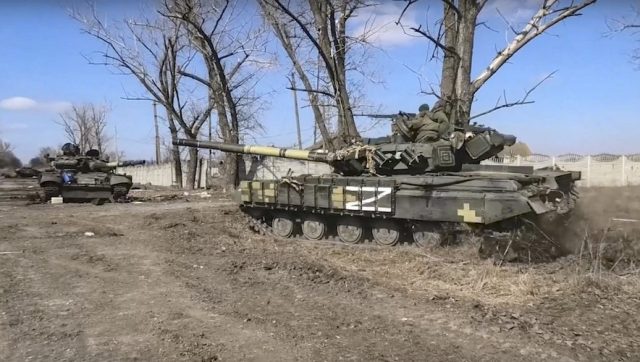 The NewYork Times has analyzed hundreds of hours of unencrypted conversations intercepted by radio amateurs in Ukraine. You can follow the bombardments of the Russian army, but also its failures and its civilian targets.

Conversations intercepted by Ukrainian and American radio amateurs have certainly saved lives, and could even constitute evidence of war crimes perpetrated by the Russian army in Ukraine. Because since the beginning of the invasion, the troops of Moscow communicate regularly on the unencrypted channels.

We step back. (..) Let’s leave behind us a damaged armored vehicle. Over

Results, their conversations were widely listened to by the Ukrainian camp. “Our planes will begin a bombardment in ten minutes, received?” In an audio report broadcast by franceinfowe can thus hear Russian soldiers discussing their positions and the next planned airstrikes.

It’s the New York Times who compiled and verified these audio recordings. And some shed a strong light on the lack of preparation of the Russian offensive and on the resistance of the Ukrainians. “It’s been an hour since we asked you for reinforcement planes! You forgot, whore!”, shouts this Russian soldier.

Others, in tears, announce that they are hit, trapped in the heart of the fighting, or fleeing. “We are retreating from the locality of Motijine and we are reversing. We are leaving an armored vehicle behind us, damaged. Over”.

But some conversations could also join the list of evidence collected to support the accusation of war crimes, such as this announcement by a Russian soldier, translated by franceinfo : “Order is issued to all Russian units to leave the residential area. Our artillery will target this area.”

In recent days, audio messages intercepted by radio amateurs have become fewer. The Russians seem to have learned their lesson, in particular thanks to the multiple exchanges scrambled by cries of pigs, heavy metal music or insults broadcast by the Ukrainians.