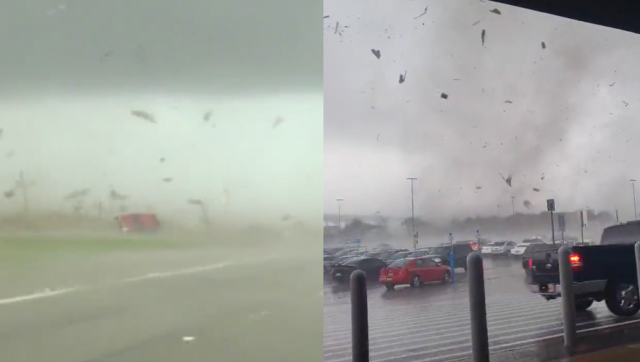 On Twitter, the impressive images of the tornadoes that hit Texas and Louisiana on Monday March 21 are multiplying.

The states of Texas and Louisiana were hit on Monday and Tuesday by an extremely violent weather episode.

At least one person has died and several have been injured as winds swept across the southern United States. And on social media, Americans are sharing videos of tornadoes forming in multiple locations.

Panic in the parking lot of a supermarket

This is particularly the case in the parking lot of a supermarket in the city of Round Rock, Texas. The tornado can be seen tossing debris through the air as customers seek shelter in the store.

A pick-up comes very close to the drama

Another impressive scene was captured by a tornado chaser in Elgin, near Austin. That of a pick-up overturned by the winds. We can see the vehicle lying on its side, then turning on itself before a final gust puts it back on its wheels. The driver then goes back on the road, to the surprise of the cameraman.

Read:  "CarSmash": what is this Dutch project which serves as an outlet in the face of the frustration of Covid-19?