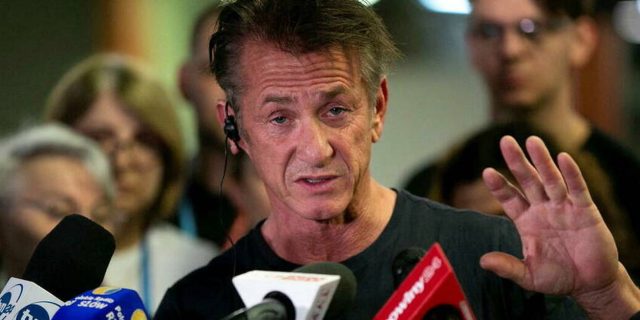 Eevent often politicized in the past, the 94and The Oscars ceremony should once again, on the evening of Sunday March 27 (in the night for France), be an opportunity to send messages and take a position on the international situation. As the war in Ukraine has been raging for more than a month, a question arises: will Ukrainian President Volodymyr Zelensky be able to intervene? The actress Amy Schumer, one of the presenters of the evening, had made a proposal in this direction. But the production would have vetoed it. Which is not to Sean Penn’s taste. The 61-year-old American actor, who is in Poland to complete his documentary on Ukraine (where he was just a few weeks ago), told CNN he was ready to boycott the Oscars if Volodymyr Zelensky didn’t could not express himself there.

“There is nothing greater than the Academy of Oscars can do. […] But I understand that the decision was made not to do so, ”said Sean Penn on CNN, about this alleged speech by Volodymyr Zelensky. In protest, the Oscar-winning actor himself promised to “melt down” his two statuettes – obtained for Mystic River by Clint Eastwood and Milk by Gus Van Sant – in public upon his return to the United States. He also called on all award winners on Sunday night to show their support for the Ukrainian people and speak out against the Academy Awards.

“The Most Obscene Moment in Hollywood History”

“If the academy really chose not to, if the presenters decided not to impose […]then it will remain the most obscene moment in all of Hollywood history,” added Sean Penn, who still held out hope on Saturday night that the decision would be reversed.

Read:  Connected watch sales: the Xiaomi Mi Smart Band is on sale at 29%

Note that the Ukrainian president, who spoke to several governments around the world this week, never said publicly whether or not he wanted to speak at the Oscars ceremony on Sunday evening.

ICYMI: Actor Sean Penn says the Oscars should be boycotted if the ceremony’s planners have decided against having Zelensky on the program. pic.twitter.com/4LI2YIiKcD