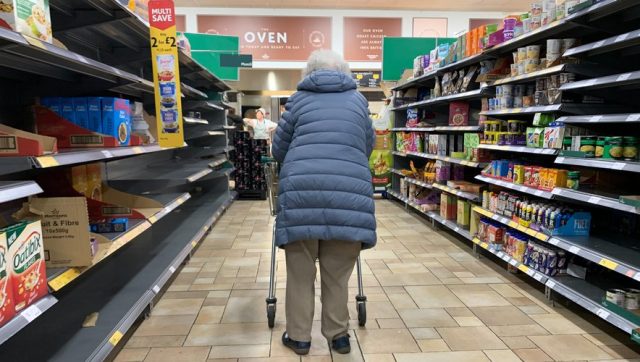 Head of State Emmanuel Macron warned this Thursday, March 24 of a significant risk of famine in the world, in connection with the war in Ukraine. How to compensate for the absence of Ukrainian and Russian cereals on the world market? An emergency plan must be put in place.

The President of the Republic spoke this Thursday, March 24, at the end of the NATO summit devoted to the situation in Ukraine and the sanctions imposed against Russia. Emmanuel Macron was extremely alarmist about the consequences of the war on world food.

We are entering an unprecedented food crisis

“We are entering an unprecedented food crisis,” warned the head of state, describing the looming situation as “serious”. The main problem is based on the impossibility of maintaining agricultural activity in Ukraine, which is one of the main producers of cereals.

To avoid a food crisis, we must react. I wanted to launch, directly with the African Union, the FARM initiative: Food and Agriculture Resilience Mission. pic.twitter.com/azSuXJeIPA

At the same time, the international sanctions imposed on the country of Vladimir Putrin make its wheat production inaccessible. Will the world manage to do without these two productions? The question is worrying, since Ukraine and Russia alone produce 29% of the wheat circulating on the international circuit.

If the consequences of the war in Ukraine are already being felt almost everywhere in Europe, African countries could be the first to be affected on a large scale. According to UNCTAD data, 25 African countries exported more than 33% of their wheat from Ukraine and Russia between 2018 and 2020.

This Thursday, Emmanuel Macron pleaded for “an emergency plan for the release of stocks in the event of a crisis to avoid any situation of shortage and moderate price increases”. He also asked other producing countries to raise their production quotas, and put pressure on Vladimir Putin.

Despite the war, the French president has summoned his Russian counterpart to let the Ukrainians sow wheat, holding him responsible for an “inevitable famine” which could arrive in 12 to 18 months.

In an attempt to limit the risks, the European Commission could decide to suspend a rule which obliges European cereal growers to leave 4% of their land fallow. A measure imposed to avoid soil depletion and overexploitation.

But environmentalists are warning about the consequences of lifting these regulations. The exploitation of these lands left “at rest” could lead to a significant imbalance in biodiversity.