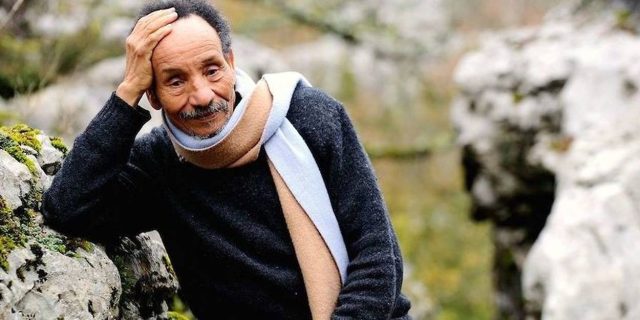 Pierre Rabhi was a plural and singular man. Plural, because both organic farmer in his beloved Cévennes, essayist, environmentalist, poet and novelist. This man with a slim but not fragile silhouette, his face with a vegetal gaze on which can be read his Saharan origins, also had a singularity of words and of course. Born Rabah Rabhi in 1938, Muslim in the Great Algerian South, entrusted at the age of 5 to a French Catholic couple, then converted to Christianity. Singular also, because he was also able to become a philosopher, even a prophet. Philosopher when he observed the society of (over) consumption, its faults and bankruptcies, the money king, he will perhaps share the words of Léon Bloy who said that “money is the blood of the poor”.

Prophet too. But without imprecation and anathema. The tone remained even, the voice remained soft, but the warnings were there, heralding ecological apocalypse and fire from the sky in acid rain and black clouds of coal. For those who were still looking at him for a manifesto of the environmentalist party, this little green book did not exist. But Pierre Rabhi has compiled in various books, as a prolific author of The Convergence of Consciences To The Hummingbird’s Share or a Manifesto for oases everywhere, a whole simple philosophy, which is addressed in individuality to each one. Documentaries too, by The Odyssey of Empathy To tomorrow, films in which he walked his figure now almost in signature logo, checked shirt, corduroy pants, suspenders and sandals.

No tomorrow which therefore sang for Pierre Rabhi but daily acts – “Cultivating your garden is an act of resistance”, he said thus, completing the Voltairian sentence. An apolitical approach, even suspicious of it. Some of his detractors reproached him for focusing his thought on individual transformation alone, thus neglecting the balance of power and collective action that must emerge against them, at the risk of not examining at best the concrete causes of Pollution. Other polemics still which came to confuse its man of course. But don’t we say that no one is a prophet in his country? In November 2017, he confided in Point Afrique. This is what he told us.

The Africa Point: You grew up in the Algerian Sahara, worked, among other places, in Burkina Faso. What did you take away from your African experience?

Pierre Rabhi: My involvement in the Sahelian zones obviously concerns a huge problem which is that of hunger, therefore of agriculture and the populations which are adrift. They find themselves trapped by an international logic which pushes them to produce more and more in order to export therefore earn money, all to the detriment of their secular way of life which consisted of working the land, taking care of the herds, all kinds. activities which are by nature survival and which did not, in the end, go so badly as that. From the moment we connected these lifestyles to the logic of the international market, we did these African populations a great deal of harm. In an African village of 100 people, for example, if we asked everyone to bring their savings, we would collect little money. However, they lived and not survived, because these populations knew how to meet their needs and necessities directly. A whole know-how that has been passed on from generation to generation. But productivist logic considered that this work force should be integrated into the framework of globalization. From there, some countries fell into monoculture, because it was necessary to produce exportable products, cocoa for one country, groundnuts for another, etc. The money got into their system and they were ruined. They worked to enrich export-oriented trusts and impoverished themselves. We created a rupture in the balance of life of these populations which were starved. To this must be added the vagaries of the weather and variations in the law of the market. This has exacerbated shortages and famines, and I maintain this very strongly, these populations have been led astray and forced to turn to cooperatives which also offer them pesticides, selected seeds, chemical fertilizers. A deadly logic that these African peasants did not master.

Read:  Boutcha: “worrying evidence”, according to a UN spokesperson

Yet you say in your book The Convergence of Consciences that one of the brakes to Africa’s prosperity is the Africans themselves. It is ignoring what you have just described and the history which mixes colonialism and organized looting.

I do not clear the looters and all these scoundrels who seek to make a profit at the expense of these populations. But these looters have found complicity internally. Some African states did not protect their people and handed them over to multinationals who only had them produced for export. The case of Thomas Sankara is exceptional, because he quickly understood that what was ruining Africa was the energy that Africans devoted to exportable products, all this within the framework of organized international trusts. All this also with the complicity or the very interest of these African political leaders. Not all are corrupt, of course, but this corruption is gangrene. We close our eyes to that in the West, because we are then being supplied with inexpensive products. Yet Africa is an immensely rich continent, which is even, compared to other continents, underpopulated. How is it that a rich and not so populated continent does not manage to feed itself perfectly? The answer is in this organized plunder, as the rest of the planet is also subject to it elsewhere.

In your books, you often denounce “monoculture”. This term seems to cover something other than just agricultural production …

Monoculture is also found in Western countries. We now have farmers, but we hardly have any more farmers. They produce, not grow, cereals, protein crops that are meant to feed animals simply to meet the current food demand which has given animal protein a preponderance over plant protein. We arrive at farms where the animal, immobilized, is force-fed cereals to produce as much milk or meat as possible. Hence still an imbalance since France, for example, must import cereals to feed its animals when it could produce everything on site. It takes 5 to 6 vegetable proteins (some say 10) for an animal protein. We come to a situation where trucks are constantly circulating to feed an absurd and greedy system. We should only look elsewhere for scarcity, which we cannot produce. It is furious madness. It is said that in the 1980s, a truck from Holland carrying Dutch tomatoes crashed into a truck from Spain loaded with Spanish tomatoes in the Rhône valley. Each was going to the other’s country. However, a large part of urban food could be produced in city belts.

But indeed, monoculture is also understood as a standardization of culture. Everything is linked elsewhere. People are then conditioned to function in single thought, to the detriment of a larger and plural culture, which would mix knowledge, intellectual speculations, philosophies of existence.

You prefer the term sobriety, which appeals to individual behavior, to that of degrowth, which term is more politicized. Why ?

I had used this term of “sobriety” in 2012. I then thought of running for the presidential election to take advantage of the political deadline and demand an insurrection of conscience. And to ask questions: why is woman dominated all over the world? More broadly, why is the feminine subordinate instead of being put at the center? What children will we leave behind on the planet? Why do we educate them in competitiveness and not complementarity? This resulted not in a real presidential campaign, but in a multitude of small forums which asked these essential questions. We thought we would get three sponsorships from elected officials, at most. However, we obtained nearly 200 signatures. This has restarted the movement, especially on this question of “degrowth”. Should this notion be used in economic and social terms, or should it not be better to invite a form of sobriety, but a happy sobriety. Because we are in a glut, of course, but an unfortunate glut. The human being is as if caught in a system where he consumes, a system which consumes him. 30 to 40% of what is produced is useless, it is joyless overconsumption.

Read:  Algerian War: inauguration in Algiers of the stele of Maurice Audin

Do you have a distrust of ideologies, politics and collective movements and rather rely on the individual and the awareness of each individual?

But you have been criticized for developing a vision of the world turned towards the depoliticized individual, a vision that does not take into account the balance of power and therefore the collective movements necessary to change things. In short, an individual philosophy that would be compatible with liberal individualism …

These are theoretical constructions that make no sense. I am devoted to the peasants, to the people. My daughter Sophie created the hamlet of Buis, an intergenerational eco-village where the school is at the center, so many other concrete projects, places for training, experimentation and awareness. In the Sahel, we have provided concrete solutions to help the peasants. I can’t do better. I am in no way a saint. But I am taking action. But I do not see myself as having merits. Judgments are easy, I am very attached to Christ, and if he spoke only of love, he ended up sacrificed. My grandmother used to say “turn around as you like, your back will always be behind” (smile). We must integrate the fact that we will always like and displease. Facts and deeds speak for themselves.

You seem to tap into a religious and philosophical syncretism. What are your major influences?

I was a Muslim and then I was a Christian. I have read a lot of philosophers and the prince of philosophers, in my opinion, is Socrates, because he simply said that “all I know is that I know nothing”. This is the absolute truth. No one really knows. No one has the truth. I also adhered to Krishnamurti’s ideas because he had no doctrine or precept. He proposed that everyone should know himself, having neither master nor disciple. This then leads each to a necessary existential dialectic. It allowed me to free myself from all my crutches to force me to stand on my own and move forward in this way understanding myself. Examine yourself by yourself, with realism. The real basis of evolution is knowing yourself. I am still looking.

Consult our file: The Big Interviews of Point Afrique