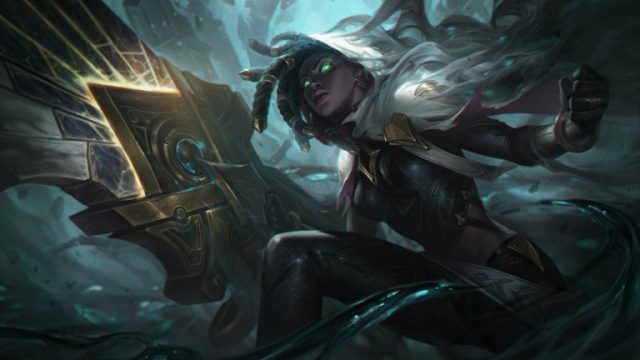 Who says Tuesday says free heroes! Well not quite since they are only playable for free for one week and until next Tuesday 02:00 am, on the date of the next rotation. This week, fifteen heroes are joining the rotation.

If there’s ever been a good time to try League of Legends, it’s today! 12.3 was deployed recently, bringing a hint of balance to the game by reducing the intrinsic power of many champions like Zeri, Caitlyn or Twisted Fate. Consequently, the landscape of the strongest champions has not yet stabilized: this therefore allows everyone to be a little more free on the character they want to play. And that’s good because new heroes that can be played for free are available for testing. Like last week, 15 champions make up the sample with Ashe, Akshan or Galio. If last week was focused on Mages, we find a predominant Fighters today. Here is the full list:

LoL: another way to have champions “for free”

15 champions playable for free, that’s 10% of the total cast and its 158 champions. Enough to invest a certain number of hours in the game before the arrival of Renata Glasc, aggressive support character and 159th champion of the game. She was officially presented by Riot Games last week, after a long teasing with in particular a fake site and a bogus business. In addition, LoL is celebrating at the moment since the game is celebrating the Lunar New Year: many outfits are up for grabs.

Finally, it is worth remembering that by being a subscriber to Amazon Prime, advantages are granted on League of Legends via Prime Gaming. The rewards obtained are 650 Riot Points, a permanent hero outfit at 1300 RP, 200 orange essence, 5 champion shards, 2 Series 1 Eternal Fragments, and an experience boost that lasts for 30 days. How to do ? We explain the process in this article.