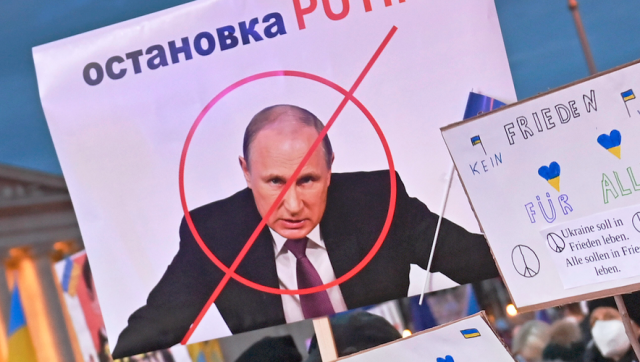 The Russian entrepreneur, Alex Konanykhin, exiled in the United States, has promised to offer a million dollar bounty to anyone who manages to arrest Russian President Vladimir Putin.

A bonus against Putin’s head. This is the proposal made by a Russian entrepreneur exiled in California. Alex Konanykhin decided to offer one million dollars to anyone representing power capable of stopping Vladimir Putin and ending the war in Ukraine.

“I promise to pay a million dollars to any police officer or officers who, in accordance with their constitutional duty, arrest Putin as a criminal war under Russian and international law”, the Russian millionaire said on Facebook before having his post with the mention “dead or alive“, “dead or alive” in French.

The latter, however, considers that this censorship is directly linked to hundreds of reports of Russian robots.

“A nuclear war will cost more than a million dollars”

According to the dissident, “Putin is not the Russian president because he has violated the constitution by abolishing free elections”. Although he denies having called for the assassination of the Russian president, he nevertheless recognized “that such a result would be acclaimed by millions of people around the world”, before insist that “he believes that Putin must be brought to justice“.

From San Francisco, the businessman considers that Putin “cannot defuse the situation in Ukraine. De-escalation is tantamount to admitting defeat. Putin’s offensive can only escalate“, he confides to People magazine.

He hopes that by offering this sum, the situation will be able to change both for the world but also for… his business. “If this paranoid dictator starts a nuclear war, it will cost me a lot more than $1 million”he tells the magazine.

Through his message, the CEO of the “Transparent Business” start-up totally disagrees with Vladimir Putin: “I don’t want to be confused with those Russians who were accomplices in silence” and thinks that Putin’s downfall is only a matter of days.

A few days ago, Lindsey Graham, senator in the United States also asked that someone “eliminate” the Russian president. “Unacceptable and scandalous” statements for Anatoly Antonov, Russian Ambassador to the United States.