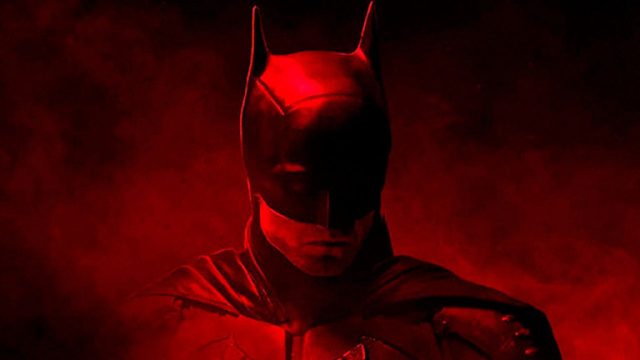 news culture The Batman: The origins and behind the scenes of the next adventures of the Dark Knight

After Christopher Nolan and Zack Snyder, it’s director Matt Reeves’ turn to take an interest in the myth of the Dark Knight with the film The Batman. The editorial staff of HelloSolar.info was able to exchange a few words with producer Dylan Clark (Planet of the Apes, Oblivion) ​​in order to better understand this new interpretation of the vigilante of Gotham.

Batman has had many film adaptations, each enriching a vast universe in its own way. Against all odds, while the DC Extended Universe is still relevant, Warner Bros. Pictures initiates a new cinematic saga centered on the Dark Knight. Producer Dylan Clark returns to this strategic choice as well as the decision to place the plot during the second year in office of the vigilante.

The Batman is a fresh take on DC’s iconic superhero. This is a new start for a new saga. Can you explain this decision and the motivations behind it? The story focuses on a young and vengeful Batman. Why ?

If you want to make a movie about Batman and you have the courage to tackle the 80 years of existence of this character, you must offer the public something new and distinctive, a unique experience and a fresh look at this character . You have to give them a character that you know, but also that you have never seen.

We wanted him to start, not in an Origin Story, but at the beginning of his career as a vigilante. We like to call it “Year Two”. It’s a way for the character to debut at a time when he’s not yet fully realized as Batman. He’s someone who inspires fear in town, but who tries to bring justice. He doesn’t represent hope yet, but he does try to scare away criminals. He is driven by a spirit of revenge. It comes from the comic books, but we haven’t really seen it in the cinema yet. – Dylan Clark (producer)

The return of two iconic villains

At the mere mention of Batman, one villain in particular imposes himself to the point sometimes of overshadowing all the others… the ill-intentioned Joker. The Batman makes the risky bet to focus on two other iconic antagonists of Bruce Wayne. According to Dylan Clark, the presence of the Penguin and the Riddler in the casting responds to a scriptwriting imperative.

The Penguin and the Riddler are the main villains here, replacing the Joker for example. Tell us more about them.

When Matt (Reeves) thought about the script and what he wanted to do, he was really interested in a story where Batman is a detective. He wanted to put Batman at the center of an investigation that rocks the city as well as Batman himself. The questions were: “What is this corruption?” and “What are these crimes?”.

The Riddler represents a very cerebral antagonist, someone who can manipulate and scare the world, but also manipulate and scare Batman or Bruce Wayne. As in a serial killer movie, the Riddler, by his philosophy and his actions, terrorizes the city. He scares all these people and Batman has to meet this challenge. He was an obvious villain. We hadn’t seen the Riddler for a long time. We are delighted.

There are other characters. Matt (Reeves) wanted to cleverly show the origins of these characters. In this film, Oswald Cobblepot becomes the Penguin. He arrives as a Penguin at the end of the film. Selena Kyle only becomes Catwoman at the end of this film. This is Batman’s second year in business. The other characters then become the Riddler, the Penguin or Catwoman. – Dylan Clark (producer)

In the past, Tim Burton, Joel Schumacher, Christopher Nolan and finally Zack Snyder have appropriated the universe of Batman as well as the characters who populate it. With The Batman, Matt Reeves continues in this direction, and leads by force of circumstance the Dark Knight in a revengeful neo-noir quest.

The Batman is much darker, more grounded than previous Batman movies, with a neo-noir thriller twist. Why take this artistic and narrative direction?

This comes from filmmaker Matt Reeves. It’s a similar approach to the one we explore in our Planet of the Apes films. Batman is not a superhero, and that’s great. He’s just a man. His superpower is his stamina. He can submit to physical and stressful events. He can endure the pain and the resulting scars. The more the character is grounded in reality, the more the audience can emotionally identify with him. As the filmmaker, Matt (Reeves) puts you in the place of the main character so you can have that experience. The character of Batman is an opportunity.

We also like to deliver quality thematic, ambitious and emotional experiences, but setting them in a world where you have the Batmobile, a wingsuit and all the Batman gadgets. You can experience this. Once you’ve grounded the character emotionally, you take them to the top in a Batmobile chase. It’s more exciting. It’s about making the connection between this qualitative approach which consists of becoming deeply attached to a character and the enhancement of the action that can be found in a Batman film. This is exactly our focus, and Matt Reeves is THE filmmaker to realize this vision. – Dylan Clark (producer)

The future of The Batman

The film The Batman has not yet been released, as a reminder the Dark Knight is coming to theaters on March 2, 2022, that two sequels and two series are already planned. Matt Reeves and Warner Bros. Pictures definitely have a plan. Producer Dylan Clark confirms this cross-media strategy.

Read:  The 2022 sales are exceptional: the best promotions for Friday January 28 are here!

Two sequels and two spin-off television series are already planned. Can you tell us a bit more about this brand new Batman universe?

What’s great about a company like Warner Bros. and having HBO Max is that you can create an experience that represents hours of programming at home. The event-driven nature of our film makes it a cinematic experience. The Batman written and directed by Matt Reeves must be seen in a movie theater. It’s going to be a big event, but we’re also going to explore the characters in our world, story arcs not in our film that would be great to experience on streaming.

Having this partnership and being able to work at Warner Bros. opens up new opportunities. Matt (Reeves) and I felt we could do a show that resonated with our movie and the movie did the same with the characters. Oswald Cobblepot is a delightful character. He’s a gangster in our movie, and at the end of it, he becomes something else. We thought it would be fun to explore this character day-to-day within Gotham City. Sounded pretty cool to us. – Dylan Clark (producer)

Many fans wonder whether or not there is a connection between all of the “Batman” cinematic universes. It must be said that the recent release of Spider-Man: No Way Home and the presence of Michael Keaton in The Flash (2022) threw oil on the fire. Dylan Clark, aware of the stakes represented by a hypothetical multiverse, responds bluntly.

Is there any link or connection between The Batman and the DC Extended Universe or the Joker with Joaquin Phoenix?

DC has incredible assets: all these characters and the multiverse. You can have a movie like Joker where Joaquin (Phoenix) goes to Wayne Mansion and interacts with a 10-year-old Bruce Wayne. He doesn’t look like Robert Pattinson. He’s a character in his own right. This version of the character is unlike any of the Joker movies we’ve seen before. The audience is experienced and interested enough in these characters to accept that.

We really wanted to do a standalone Batman movie that hadn’t been done in over 10 years. Zack (Snyder) and Ben (Affleck) were exploring Batman with Superman and the other DC heroes. For us, it was about making a standalone Batman movie and building the characters from there. We hope people will like this movie and allow us to continue developing this Batman in different ways. Where we’ll go from here…I have no idea, but I can’t wait to find out. – Dylan Clark (producer)