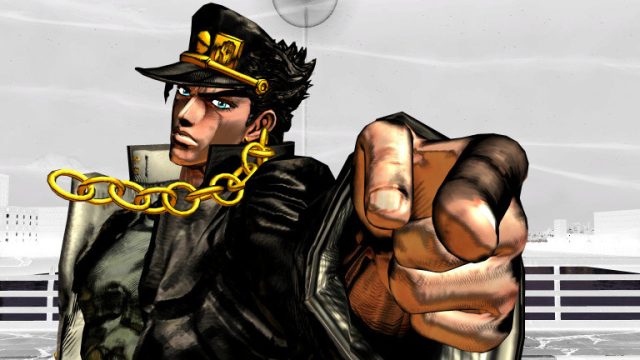 Game news One of the most popular manga returns in video game, demo and date in sight

After surprising everyone at State of Play by announcing the return of the manga franchise JoJo’s Bizarre Adventure on PC, Switch, PS5, PS4, Xbox One and Xbox Series, Bandai Namco now reveals the game’s release date and the planned editions, with a new trailer in support. Demo coming soon!

Anchored in the anime style dear to the CyberConnect 2 teams, JoJo’s Bizarre Adventure: All-Star Battle R is the latest surprise from the developers of a studio that has already worked on countless manga licenses: Naruto Shippuden, .hack//GU , Dragon Ball Z: Kakarot and more recently Demon Slayer: The Hinokami Chronicles. With JoJo’s Bizarre Adventure: All-Star Battle R, CyberConnect 2 makes a point of dusting off the latest installment inspired by Hirohiko Araki’s famous manga to propel it to current machines.

A fall release in several editions

Publisher Bandai Namco has revealed that JoJo’s Bizarre Adventure: All-Star Battle R will be released from September 1 on PCand the September 2 on Switch, PS5, PS4, Xbox One and Xbox Series. The original software, launched on PS3 in 2014, will therefore be entitled to a complete overhaul bringing together no less than 50 characters from the sprawling universe of JoJo’s Bizarre Adventure.

In addition to the standard game, 2 special editions will be available for pre-order:

Contents of the Digital Deluxe Edition:

Note that the Season Pass will give access to 4 new playable characters, 2 exclusive costumes for Rohan Kishibe & Mohammed Avdol’s Father and 2 days of early access to the Season Pass characters. The publisher states that all pre-orders will receive the bonus Green Dolphin Street Jail Jacket costume for Jolyne Cujoh and that details of digital pre-orders on Nintendo Switch will be announced at a later date.

Read:  Starfield: Games to do while waiting for Bethesda's SF title

Contents of the Collector’s Edition:

A new trailer and a demo in sight

These announcements are accompanied by a whole new trailer of almost 4 minutes, presented here in vostf, which dwells at length on the gameplay of 4 fighters unveiled for the first time on video. Fans will recognize Robert EO Speedwagon, Mariah, Pet Shop and Diego Brando, visible in-game in their respective styles. About the playable demoalso announced in stride, we know thatit will allow players to test the Training mode and Online Battle mode in their PS5 and PS4 version uniquely.