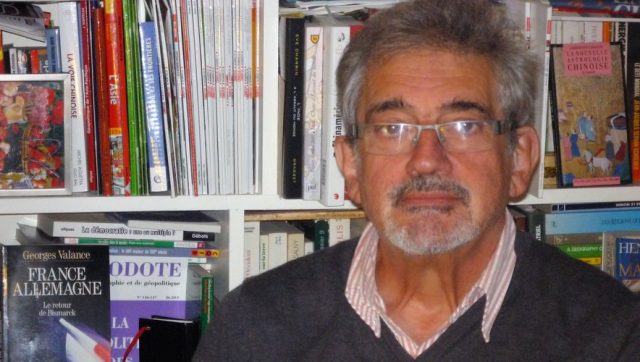 FILE “FRANCE IN THE WORLD” – The presence of France at the top of world statistics would hide its downgrading, believe some candidates, an opinion that resonates with three out of four French people.

“France is itself only when it carries a part of the hope of the world”, said André Malraux, the writer, resistance fighter. The Minister of Culture of a France backed by its nuclear, aeronautical and industrial successes. Who slammed the door of NATO, refused alignment with America, recognized China a contrario of its allies, led by a de Gaulle writing in his War Memoirs that he imagined France “dedicated to an eminent and exceptional destiny”. It was to be made of “achieved successes and exemplary misfortunes”.

To hear certain presidential candidates rehash the decline of France or to read this other quote from Pascal Bruckner in the Huffington Post, seeing in us a “unparalleled vanity” and “a lack of trust” who would be the “fading nations syndrome”, France would be far from this Gaullian enthusiasm today. A country which is regressing, whose influence is withering on the international scene, a decline shared by 65% ​​of French people, according to an Ifop poll dated November 2021, but which is brushed aside by Michel Fournier, director of the Center for Analysis and Forecasting of the Ministry of Foreign Affairs from 99 to 2002.

“Declinism is a way of criticizing the power in place, it is not new. Current declinism is linked to this “it was better before” and before, it was the empire. It is the same thing in the United Kingdom with Brexit and the slogan Global Britain. There is a whole population that is sensitive to this kind of speech.” No doubt France is no longer the one so proud of De Gaulle. Surely she’s better than a catchphrase “masochistic”insists Alain Nonjon, normalien, former professor at the Institute of Political Studies in Paris and in the preparatory class (photo). “The pandemic raised a number of weaknesses, the mask episode and our industrial sovereignty. But without realizing that the catch-up had been quite rapid and that other industrial bases had been preserved.”

Read:  Covid-19: China records its first two deaths in more than a year

France competes with Great Britain and India for places 5 to 7 in the world ranking in terms of their GDP, behind the United States, China, Japan, with which its demography cannot be compared. No more than with India, for that matter. To wonder if, in fact of French downgrading, it would not be first of all a rebalancing on the scale of the planet, in any case on the economic level. Contrary to this, moreover, the country ranks first in Europe for foreign investment since 2018 without interruption, ahead of the United Kingdom and Germany.

“During the inventory period, we tend to want to isolate the most negative points”, observes Alain Nonjon, author of a column on the dozens of reasons to love, respect, admire and fear France. It lists “its historical assets” that it preserves – infrastructure, innovation, research, quality of life and of its workforce – indicates that beyond its borders “the perception improves on criteria which are traditionally weak points”, flexibility and cost of labour, social climate or taxation. Its economy now boasts one million start-ups, which employ one and a half times that number in employees, “create more jobs than traditional companies” and willingly illustrate his creativity.

The historian does not hide the limits of his foreign policy. “It is rather in Beijing that a large part of the future of Africa is taking shape. We have not managed to be a point of balance between the United States and Russia, we have the impression that France is a power under influence, he says, who regrets this notion of France of human rights mortified because we did not pay enough attention to excesses. We should have embodied, we were disappointed. How disappointing, he thinks, militarily – “France no longer has the means to be a beacon power capable of intervening everywhere” – and environmental, for lack of a “true record” in the matter. A missed opportunity for leadership and strengthening soft power.